What's on your mind?

Bill and Ted are our allies to the LGBT community, so October is LGBT history month and June is pride month 💑👨‍❤️‍👨👩‍❤️‍👩👩‍❤️‍👨🏳️‍⚧️🏳️‍🌈

Did anybody catch the scene with Lady Godiva in the Bill & Ted's Excellent Adventures episode A Grimm Story of an Overdue Book? 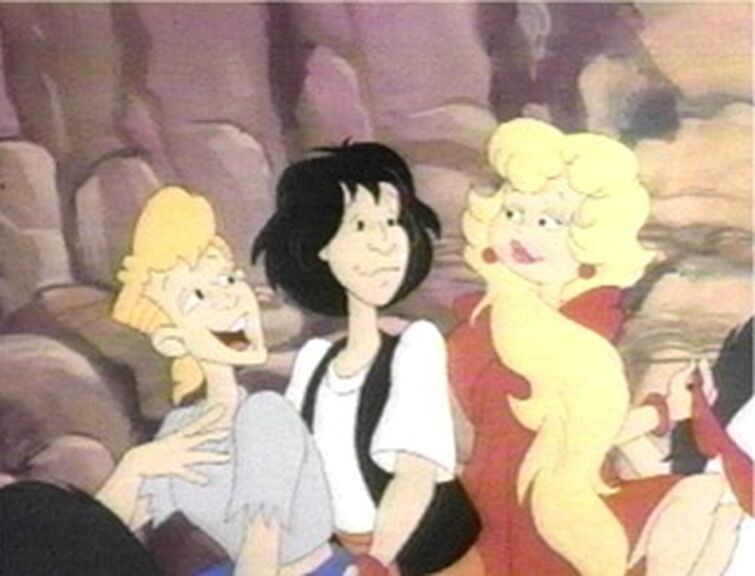 It was where they traveled back in time to Coventry, England - 1012. They see Lady Godiva riding on her horse while wearing a red cape and they follow her. While following her, they end up landing on her horse. She tells them her name and that she's not allowed to pick up hitchhikers so they jump off her horse and she leaves. While she's leaving, they pull her red cape off of her body, and they see her COMPLETELY NAKED!!!!!!!!!!!

I understand that this may seem trivial or irrelevant as the series was aired a long, long, time ago but, just out of curiosity,.......did anybody at all catch the scene with Lady Godiva in this specific episode of the series? And if so, should the episode have banned FOR this scene?

Please let me know as soon as possible so that my questions will be answered.

In the newest movie, what Dave Grohl song did the future versions of them try and pass off as their own? I know we don't actually hear it, but what song do you think they used?

Hey guys, what did you all think about Bill and Ted Face the Music? 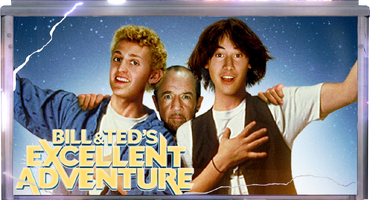 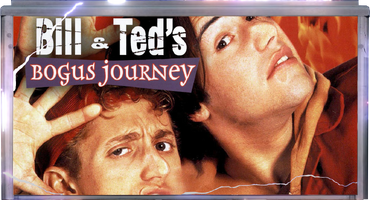 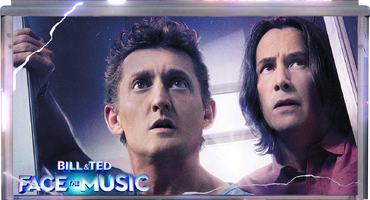 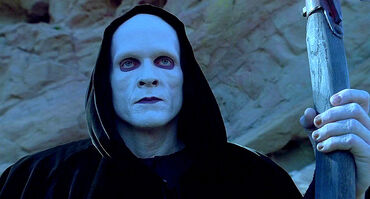 None of them, the movies are dead to me

Now remember, there’s no such thing as a perfect movie. Even masterpieces like Fant4stic, Superman 4, and Batman and Robin have their faults. But there is such thing as a perfect sequel. I’ll be using Schaffrillas Productions check list for what makes a perfect sequel. It still sucks that he actively wastes time in his videos hating on Cars, but I’m going to ignore that for now. One, Expand the universe of the first movie, two, Continue the story in a compelling way, three, Expand the themes of the original or introduce new themes, and four, leave a positive impact on your franchise. Examples of perfect sequels include Aliens, X2, Empire strikes back, Spiderman 2, and Logan.

One, Expand the universe of the first movie. Aliens does this perfectly, introducing the Alien Queen, Mech suits, and we get to see more of the Wayland corporation and how it ticks. This is also why Alien Resurrection sucked so much but let’s save that can of worms for another day. Continuing the story in a compelling way. Spiderman 2 doesn’t drop anything from the first movie, instead using these narrative threads to its advantage, continuing them in a natural and interesting way. Expanding the themes of the last movie or introducing new, compelling ones. I feel this is a slam dunk for Logan. Not only does it adapt a new, western look that makes it completely different than any other Superhero movie before it, but it also introduces themes of Depression, loneliness, and has way more heart than any other X-men movie. And finally, leave a positive impact on your franchise. The empire strikes back is an obvious example of this. The plot of the prequels revolves around the I am your father scene, Spoilers for a thirty-year-old movie by the way, and changes the characters of both Luke and Darth Vader are changed by this one scene. X2 introduces a ton of new and important characters like Nightcrawler, Lady Deathstrike, Pyro, Colossus, and William Striker, even if they all don’t have massive roles in that movie.

Seeing how I’m already ripping off Schaffrillas Productions, I figured I’d also talk about decent and bad sequels. The Return of Jaffar is an okay film and an okay sequel. It does Continue the story of the first with Jaffar’s big return and it does leave an impact on the franchise, spawning the Aladdin TV show and killing the best character of the franchise. It also shifts the focus to other characters and has themes of Redemption sprinkled throughout. But it’s still only a decent sequel, seeing how it takes the focus off the actually interesting characters and sets it on a talking parrot. Then there’s bad sequels. Shrek the Third is the textbook example of how not to do a sequel, dropping everything the first two movies had and instead choosing to fill itself with edge lord humor. It doesn’t expand the universe, continue the story or themes, or leave any impact on the franchise. It feels like a bad side story that the executives mistaken for a movie while the good movie, Shrek 4, sat on the shelf for three more years. Ralph breaks the internet destroys the characters of Ralph and Vanellope, doesn’t bother with the themes of acceptance from the first one, and while I don’t hate the idea of going to the internet, that idea pales in comparison to previous ideas like crossing over with Mario. Not to mention they cut out the good characters from the first and replaced them with these new, awful ones. Pacific Rim uprising took a great movie in Pacific rim and filled it with Michael Bay humor, new and much less interesting characters, and drops the themes of putting our differences aside to fight a common enemy and instead becomes a big, dumb robot movie. All of these sequels take a crap on the original and are the reason so many people hate sequels. Now that we got that out of the way, lets finally talk about why Bill and Ted’s Bogus Journey is a perfect sequel. It’s obviously not a perfect movie, no movie is, but it manages to hit every one of these standards. So let’s talk about that.

Bogus Journey seeks to show us new parts of the Bill and Ted universe, focusing less on the gimmick of the first movie and features new settings, characters, and concepts. It’s not that it drops them entirely, but it knows that we’ve already seen that and doesn’t waste much time on it. The movie see’s Bill and ted being killed by their evil robot counter parts and getting sent to hell when an attempt to contact Ted’s mother goes wrong. We get to see how this universe hell works, how it subjugates people to their own personal hells. When they get into heaven, we get to see how that place works as well. We get to see the future that Bill and ted make by writing the song that brought the world together and how they teach children there, oddly enough. You can’t say this sequel isn’t original. It also introduces new characters, like Death who is one of the best parts of the movie. Bogus journey also continues the story of these two in a natural way. Now that their out of High School, Bill and Ted are trying to start their band, the wild Stallions. On top of that, Ted’s dad is still pushing for him to join Military school. Things like that anchor Bogus Journey to the first movie and continue the story on from that movie instead of ignoring it like Uprising did. You might be thinking, Ah ha! Bogus Journey might expand the universe and continue the story, but the Bill and Ted movies don’t have themes to expand or continue! I’ve gotten you cornered, Fantastic Nerds! Un sub scribbled! And to that I say. Again, while Bill and Ted might look like a dumb popcorn movie, it’s a lot smarter than people give it credit for. And if you think about it, the theme of these two movies is rather obvious. This is what permeates the first Bill and ted movie. Ted’s father is not excellent to his son, having so little faith in him that he has him signed up for military school before he even gets a chance to prove his dad wrong. On the other hand, characters like Bill and Ted are excellent to everyone, and it’s this excellence that will one day unite the world. The theme of Bill and Ted’s excellent adventure is be excellent to everyone and you can change the world, and that’s what Bogus journey continues to say. Evil robot Bill and Ted are not excellent to everyone. They trash their apartment, treat the princesses awfully, and kill Bill and Ted. Bill and Ted, on the other hand, are excellent to everyone. Despite being dumb teenagers, these two are filled with heart and are indeed excellent to everyone. And finally, Leave an undeniable impact on the franchise. I don't know, I haven't seen Bill and ted three yet.

Check out this second movie trailer for Bill and Ted Face the Music! 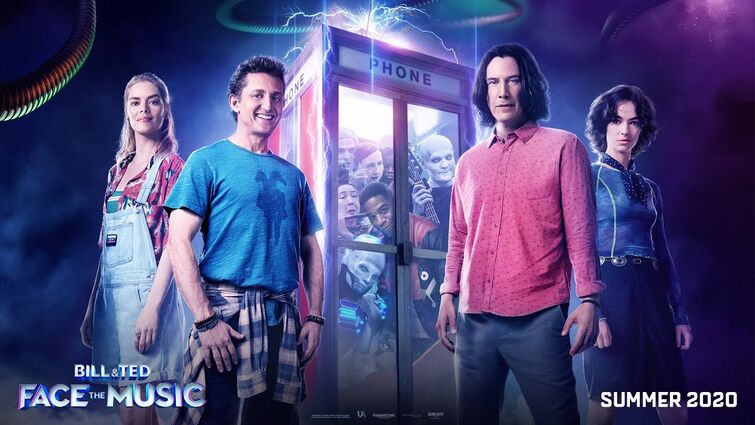 Hey all! As is standard in 2020, things are a bit different, but we can work with different! As such, San Diego ComicCon also adjusted its format and transformed its actual convention to an online version. While we do lose its charm, we gain international access!

As such, I like to inform you that Bill & Ted Face the Music will also have a feature on the online ComicCon! On Saturday July 25, from 3:00 to 4:00 pm Pacific Time (convert to your time zone here), there will be an online panel everyone can attend! Bright side of this being an online convention, if you can't make it to view the panel in real-time, you can always check on it later at a time that is more convenient for you!

Check it out here when the time arrives!

This is a great opportunity to have a scoop on the movie and update the wiki accordingly! Hope to see many of you catch the panel.

Take a look at his new movie trailer! What do you think? 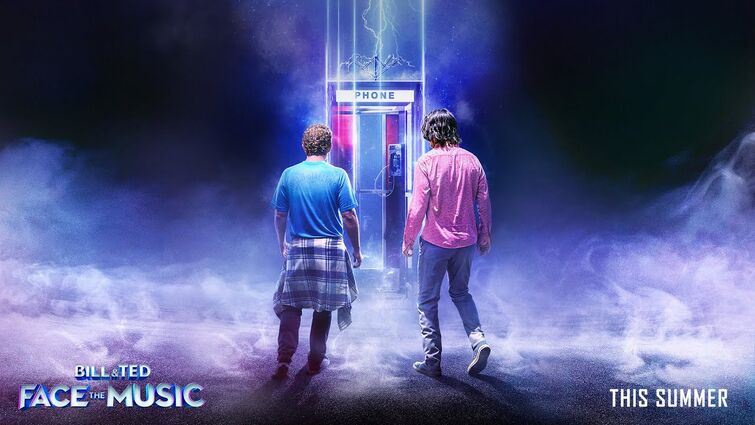 Hey all, just in case you are running out of ideas on what to do during this quarantine time, why not give one of these Bill & Ted Face the Music coloring pages a go? 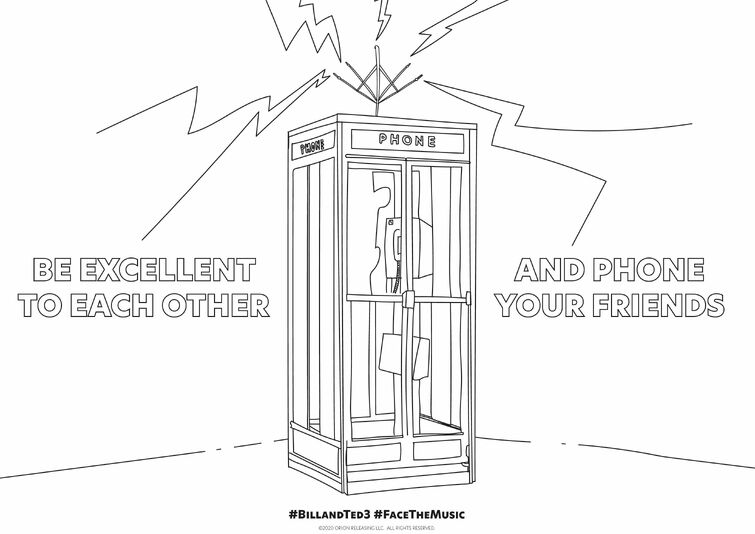 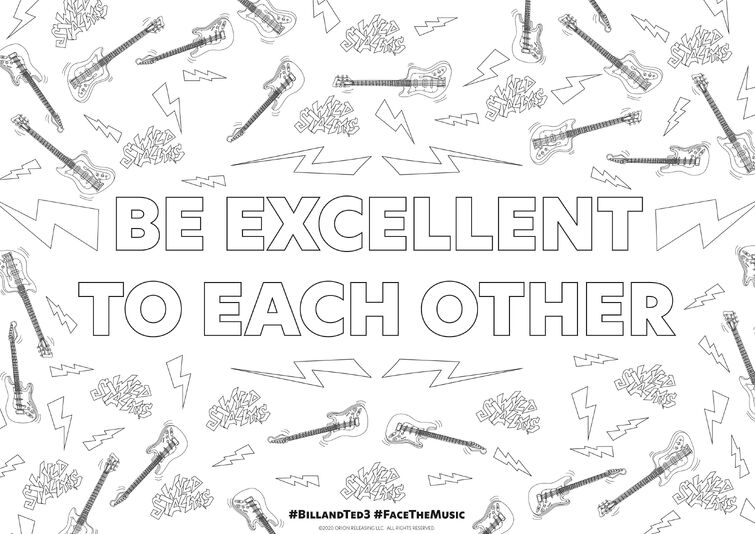 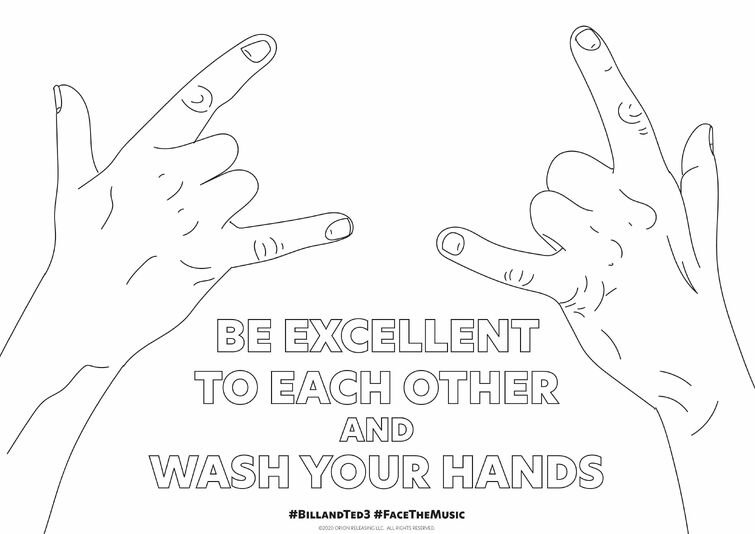 Feel free to share the result with the community! 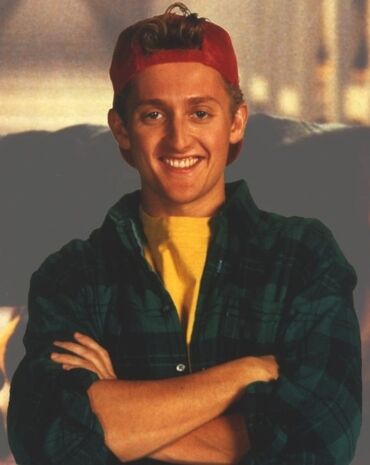 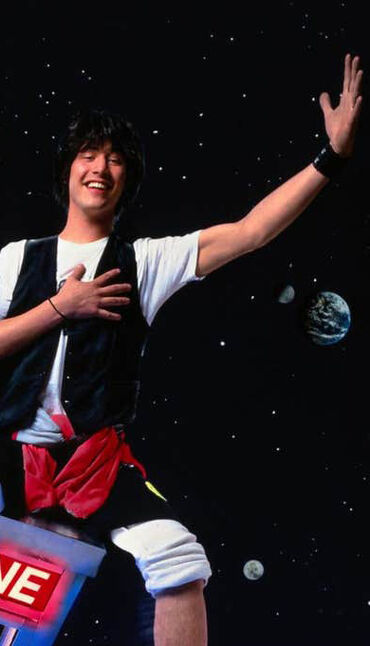