Bill & Ted's Excellent Adventure is a 1989 American science fiction-comedy buddy film in which two metalhead slackers travel through time in order to assemble a menagerie of historical figures for their high school history presentation.

The film was written by Chris Matheson and Ed Solomon and directed by Stephen Herek. It stars Alex Winter as Bill S. Preston, Esquire, Keanu Reeves as Ted "Theodore" Logan, and George Carlin as Rufus.

The film opens in the future --- San Dimas, California, in the year 2688 A.D. Rufus introduces us to the world of this idyllic village, even as he prepares to use a time-traveling phone booth to travel back to 1988, some 700 years previously. His mission: to make sure that the Two Great Ones --- Bill S. Preston, Esq. and Theodore "Ted" Logan --- remain together to form the band "Wyld Stallyns", whose music will become the core of the future's Utopian society. Rufus finds that Bill and Ted are on the verge of failing their high school history class, and, should Ted fail, his father, Police Captain Logan will ship him off to an Alaska military academy, effectively ending the pair's dreams of forming a band. As the two try to write a history report by asking customers questions at a local Circle K, Rufus introduces himself to them. Though Bill and Ted are skeptical of Rufus' claims, they are convinced when future versions of themselves land nearby and explain the situation to them. Rufus reveals to Bill and Ted the secrets of the Circuits of History, which can transport the user anywhere in time. Their first stop: Austria, in the year 1805 --- and Napoleon Bonaparte, who is preparing to lead his French Imperial Forces into battle. Returning to the present, Rufus leaves the two with the phone booth, stating that Bill and Ted will be able to travel anyplace in time, but only "as long as you remember this: no matter what happens, you must get to that report." Seconds later, they discover that they had somehow dragged Napoleon back with them into the present. An idea soon forms: to pass their history exam, Bill and Ted will go back in time and kidnap other historical figures and have them explain what they think of the San Dimas of the present. The Stallyns then leave Napoleon with Ted's younger brother, Deacon, while they travel back to the past.

In the closure of the film, Rufus joins Bill and Ted as they practice and congratulates them on their report. Rufus brings in Princesses Elizabeth and Joanna, whom he rescued from their father (and from getting married "to those royal ugly dudes"), and explains that he's introduced them to the modern century, and that they too are destined to be part of Wyld Stallyns. As the four begin to play an amateurish cacophony of music, Rufus breaks the fourth wall and assures us, "They do get better."

The film was shot in the Phoenix, Arizona, metropolitan area, mostly in and around Coronado High School in Scottsdale, Arizona in 1987. The school itself is near Oak St. and Scottsdale Road. Much of Coronado went through a renovation between 2005 and 2007 and the auditorium setting for the final-report scene was torn down. However, the intricate mosaic (seen in an opening scene when Bill and Ted leave from school in a red Mustang) on the outside of the auditorium was saved piece by piece and moved to the new auditorium.

The setting for Waterloo was the Golfland Sunsplash water park at the intersection of Arizona Highway 87 and the US 60 freeway in Mesa. (In reality, there is a water park in San Dimas, but not named "Waterloo(p).") The bowling alley was then a Fair Lanes branded alley, but is now the AMF Tempe Village Lanes located on Rural Road at US 60 freeway, three miles south of Arizona State University. The mall was Phoenix Metrocenter located between Peoria and Dunlap Avenues at Interstate 17. The mall has since been renovated and no longer looks as it did in the film. The Circle K store is located at the intersection of Southern and Hardy in Tempe.[1][2]

During the shot of Rufus' hands playing his guitar solo, the actual hands are those of Stevie Salas the composer of all the guitar work featured within the film.[3]

The film was actually made and planned for release in 1987, but due to the bankruptcy of the film's original distributor, De Laurentiis Entertainment Group, the project was not released theatrically until February 17, 1989. As a partial result of the delay, certain dates in the film originally scripted as "1987" had to be redubbed as "1988". The copyright date of this film is 1989 and the same date appears on the DVD cover. It was followed in 1991 by a sequel, Bill & Ted's Bogus Journey.

The characters of Bill & Ted were created and played by Chris Matheson and Ed Solomon in improv theater (originally, it was "Bill, Ted & Bob" although the third character was eventually dropped). Matheson and Solomon have described Bill & Ted as an idealized version of their friendship (Bill & Ted = Chris & Ed). In the original improvised pieces, Ted was described as having a stoner pseudo-intellectual older brother. This was changed for the film, although Bill's stepmother Missy did make the transition from theater to the film.

In earlier drafts of the script, Rufus was 28 years old and historical figures Bill and Ted plucked from history included Charlemagne (whom they referred to as "Charlie Mangay"), Babe Ruth, and a non-famous medieval person called "John the Serf". John is listed in the credits.[4]

In the original ending, Bill and Ted delivered their oral report in the classroom, with the historical figures displaying their views on the blackboard.

Originally, the time machine was to be a 1969 Chevrolet van, but the idea was nixed as being too close in concept to the DeLorean used in the Back to the Future trilogy. Instead, the time machine was styled after a 1960s American telephone booth. Its similarity to the time-traveling British police box-shaped TARDIS of the BBC's television programme Doctor Who is reflected in the Cracked parody in which the Doctor threatens to sue Rufus.

The film's soundtrack was released in 1989. The tracks are as follows:

A theatrical sequel, Bill & Ted's Bogus Journey, was released in 1991.

A second sequel, Bill and Ted Face the Music, was released in 2020.

A musical based on the film was produced in 1998 called Bill and Ted's Excellent Musical Adventure.

A one-shot comic book adaptation of the sequel was published to coincide with the second film's release. Its popularity led to the series Bill & Ted's Excellent Comic Book by Evan Dorkin and produced by Marvel Comics.

There were also Game Boy, NES and Atari Lynx games released, which were very loosely based on the film's plot. A PC title and nearly identical Amiga and Commodore 64 port were made in 1991 by Off the Wall Productions and IntraCorp, Inc. under contract by Capstone Software and followed the original film very closely.

Bill & Ted's Excellent Adventure was a financial success, grossing $40.4 million domestically on a budget of about $10 million.It has become something of a cult classic. The film has an 81% freshness rating at Rotten Tomatoes, based on 32 reviews. Both the success of the film and the animated series spawned a short-lived breakfast cereal called Bill & Ted's Excellent Cereal. It used new animation for the commercials.

The phone booth used in this film was given away in a contest presented by Nintendo Power magazine (in honor of Bill & Ted's Excellent Video Game Adventure), won by a boy in Mississippi.

Since 1992, "Bill and Ted's Excellent Halloween Adventure" has been performed at the Universal Orlando Resort and Universal Studios Hollywood every October during Halloween Horror Nights. The show differs from year to year, with spoofs of various pop culture icons. The main plot involves Bill and Ted being threatened by an evil villain from a popular film of that year, with appearances by a host of villains, heroes, and celebrities. The show usually includes elaborate dance numbers, stunts, and multiple double-entendres for the late night event crowd. 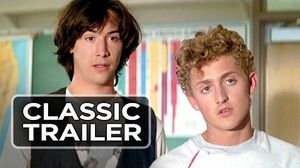 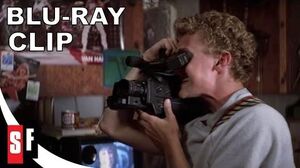 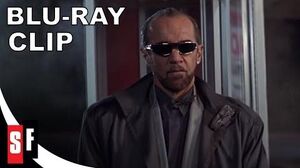 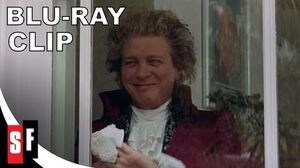